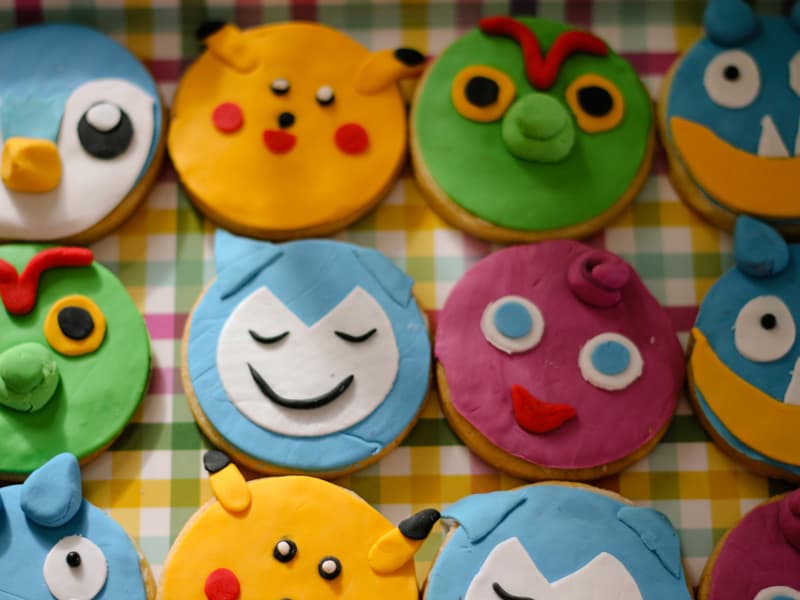 Max’s amazing Pokemon party had some big make-it-easy Pokemon party ideas: like a storyline. From the very beginning of the party, the kids were all Pokemon trainers, charged with catching, training and battling a Pokemon.

We had such fun coming up with some fantastic Pokemon party ideas that weren’t your average party games. Like all good kid’s parties, the party games and fun took centre stage.

Pokemon party ideas for you to try

Max and I made the invites using this cool website. Hours of fun for any Pokemon fan (and their mother, as it turns out). The kids loved them and I think this Pokemon party idea has totally upped my cool factor in the eyes of the eight-year-old boy set. Which was necessary. 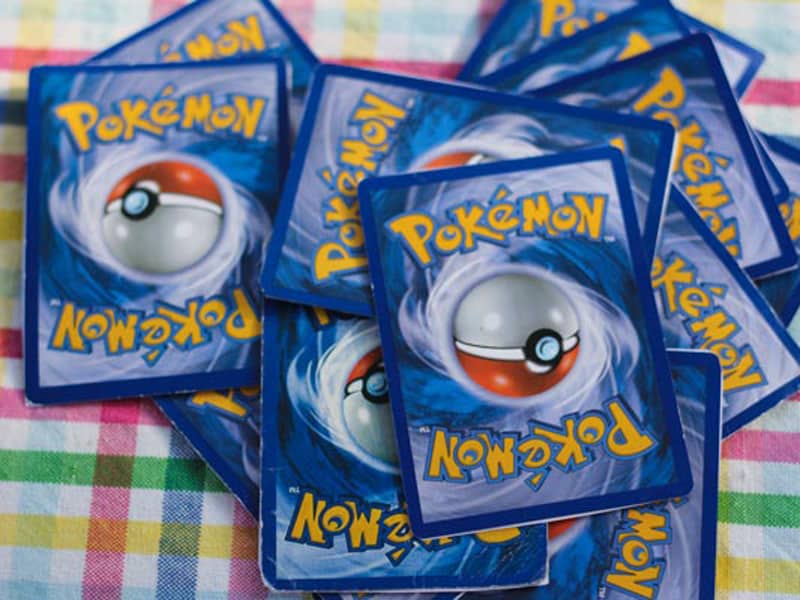 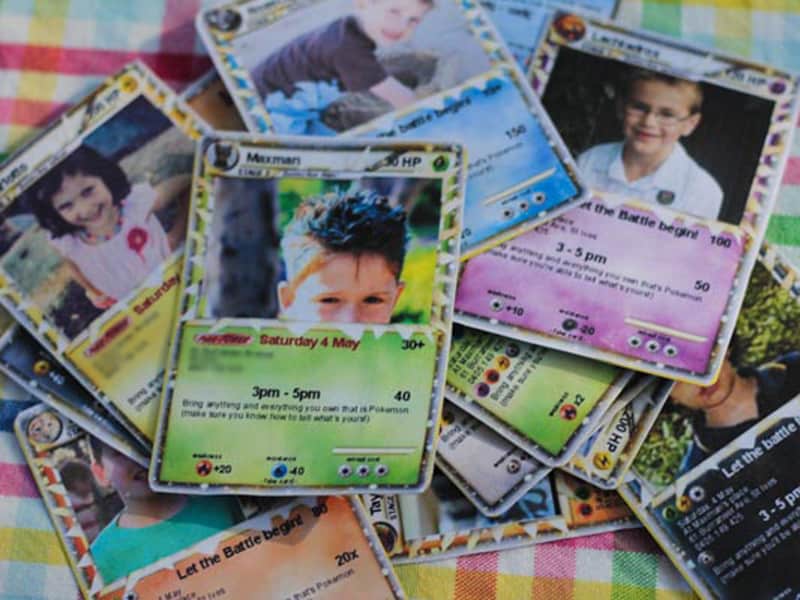 We printed our creations onto 100gsm card and glued the front to the back. We then painted the front and back with Mod Podge to give it a shiny look and smooth feel.

For a bit of extra fun, we gave the Pokemon party invitations out hidden in a small stack of 5 actual Pokemon cards. Big hit with the kids and a great Pokemon party idea for you too. 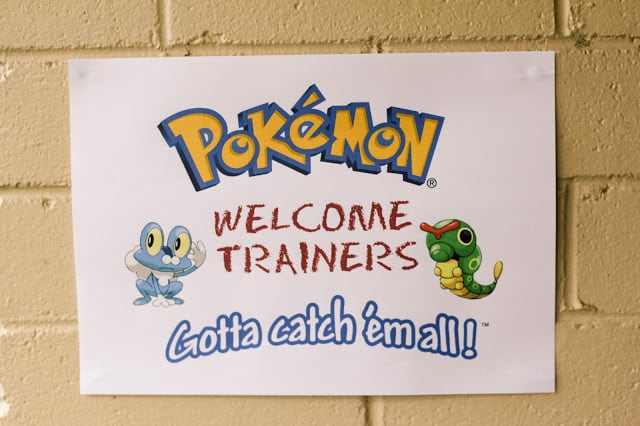 When the boys and girls arrived they were led to the Pokemon Construction Area. They used recycle bits and pieces to make their very own Pokemon creation. 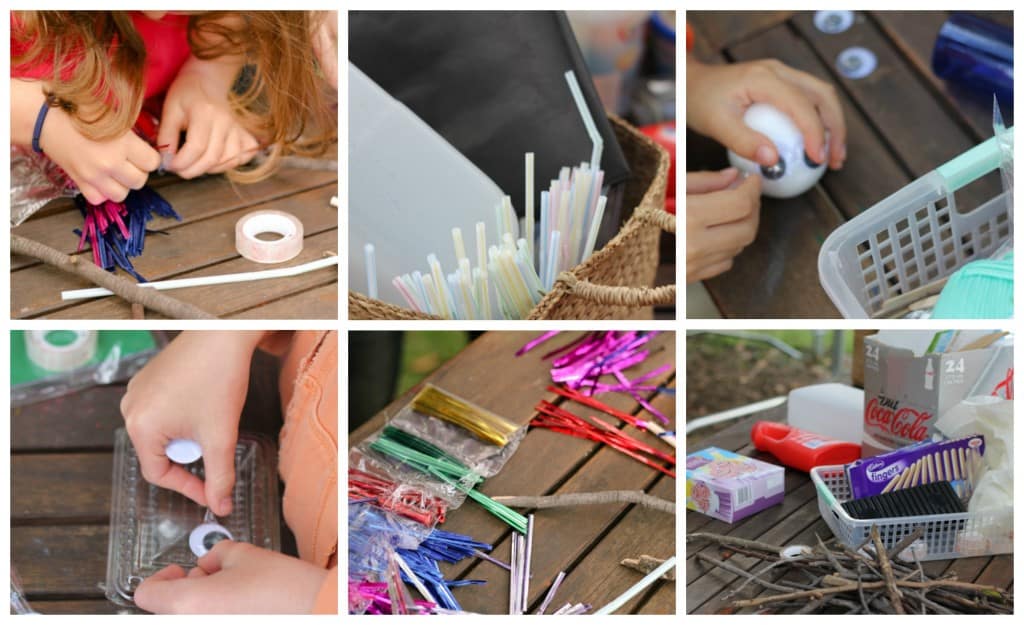 This was a big hit with most of the kids. Many spent a long time working on their Pokemon, while others just put something together quickly and got on with the business of racing around.

After they’d made their Pokemon, we created a Pokemon card featuring the Pokemon they had made. The card was printed onto cardboard for them to add to their Pokemon card collection. They were so proud!
Click here to go to the site we used to make the cards. 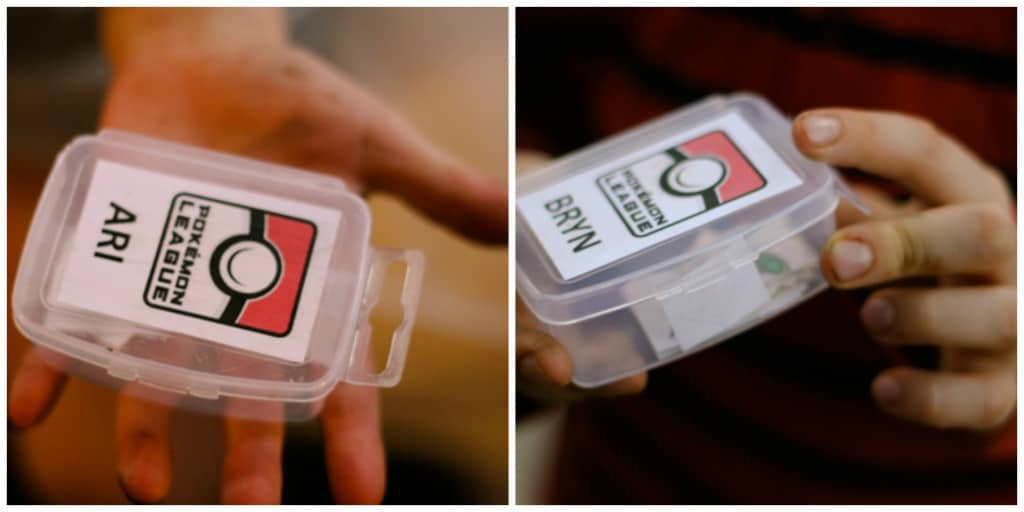 We introduced the Pokemon League Badges Case and badges. I made the cases out of Daiso makeup containers ($2.80 for four). To get badges for your case, you first had to train your Pokemon and then win badges in battle. 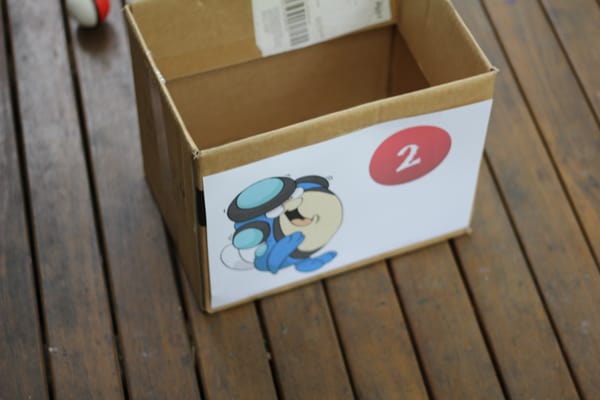 We set up a training session for their Pokemon. There were three boxes – a larger box marked 1 was about 3 metres from a line, a smaller box marked 2 was half a metre further away and the smallest box, marked 3, was about 3 meters from the line. The kids had to throw the Pokeball into the first box, then the second, then the third. Each box meant they could win one badge, two badges or three badges. Most boys won a badge, with others winning up to six badges. 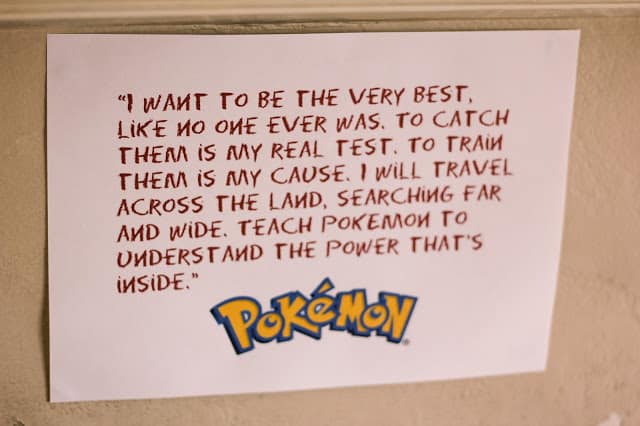 Next the boys had to battle their Pokemon (or themselves, as it happened).

First battle was a variation on musical chairs – that well-known game of Musical ‘Who can grab the Pokeball first’. Three boys per round, one Pokeball. When the music stopped, you had to make a grab! Winner went on to play in the next battle and so on until everyone had had a go and only one boy was left standing. Each time someone won, they received a badge for their case. The boy left standing also got to keep the Pokeball.

The next battle was a simple ‘slam dunk the Pokeball into the trampoline basketball net’ kind of battle. We used a Pokemon soccer ball for this one. Badges awarded to the winner of each round with the overall winner getting to keep the Pokemon soccer ball.

In the last battle was a relay sort-of battle. Two teams with each team racing to bring the Pokemons from one end of the nature strip to the other. The catch was that teams weren’t allowed to put ANY of the Pokemon down. So the first person brought one Pokemon back, but the next had to carry that Pokemon back, collect another and bring both down and so on until the last person was juggling ten Pokemon one way and eleven back the other. If anyone dropped a Pokemon, it went back into the box. The winning team each received three badges each.
The kids had a ball with all of these games (a Pokeball, even) and we’ll be playing a variation each of them at all future parties. 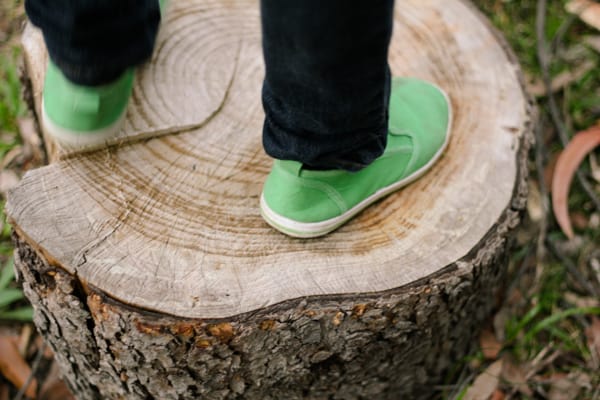 aka pit stop for hungry trainers

After the battles, it was food time. For all the amazing themed food we’ve done over the years (and hello Pokemon biscuits and Pokeball cake pops up there), we’ve learned that the kids are really only interested in the lollies and the chips. So I bought lots and lots of those (we even had a separate party table just for bowls of crisps, burger rings and cheezels) and we didn’t go to too much trouble with the rest of it. 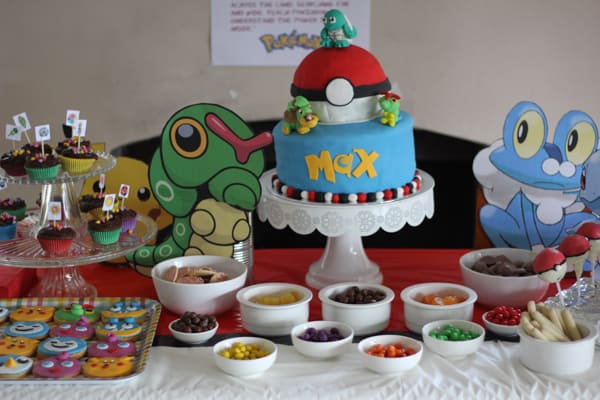 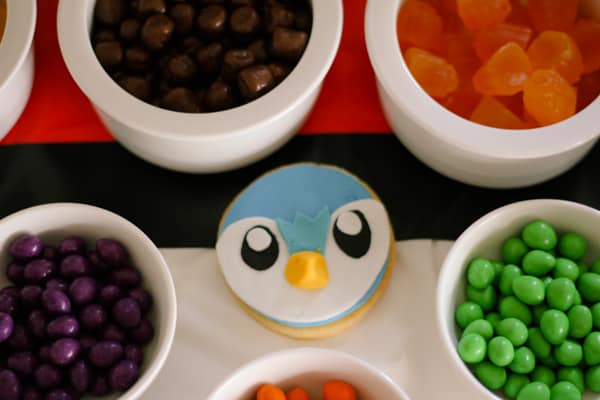 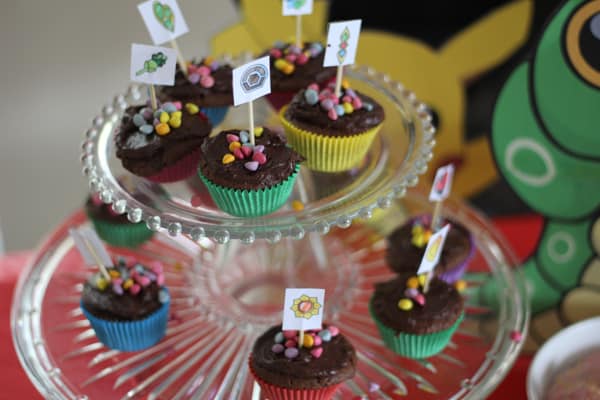 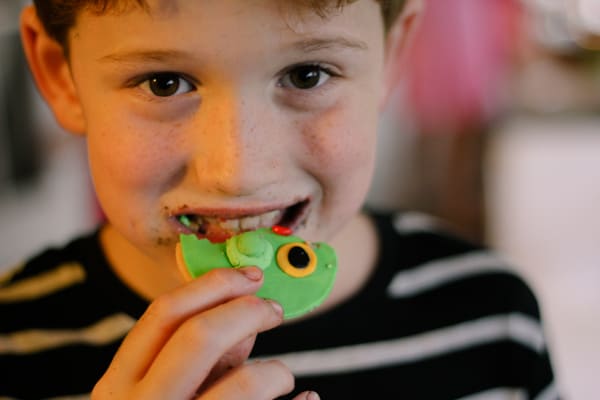 Pokemon biscuits are so good! 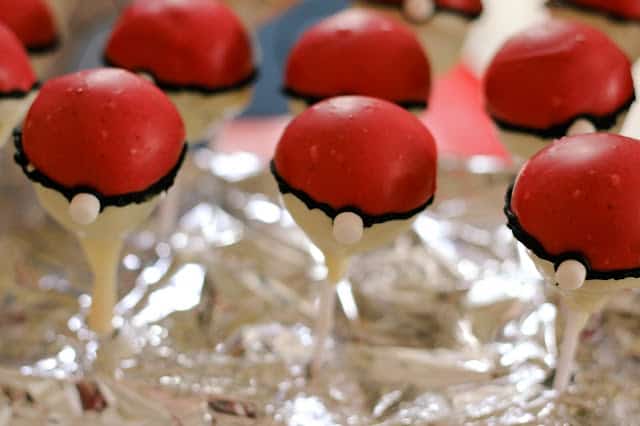 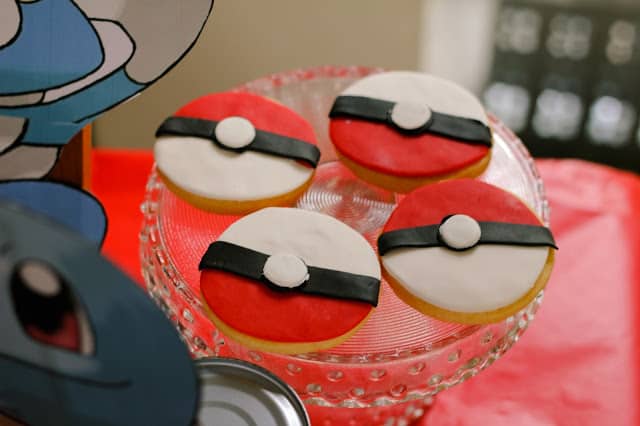 I did make mini-cupcakes, but only so we could put a ‘bonus badge’ cupcake topper on top. The kids loved finding an extra badge in their cupcake.
How’s this for one of my easier Pokemon party ideas: I made the Pokemon figures that I put on the dessert table by blowing up an image across two A4 pages and printing them out on cardboard before sticking them together. They stand upright because there is a chopstick sticky-taped to their backs and then they are blu-tacked to a tin can. I also printed a long ‘gotta catch ’em all’ poster and framed a print-out of a whole load of Pokemon figures to hang above the dessert table.

Back to the Pokemon party games

After a lot of munching, it was time of the treasure hunt. We have a treasure / scavenger hunt at every party we have and this one was a blast. They were sent off to hunt Pokemon in the wild and each clue was attached to an actual Pokemon figurine, so if you found the clue, you got to keep the Pokemon figure. I bought a bag of 60 Pokemon figures for $30 from eBay. 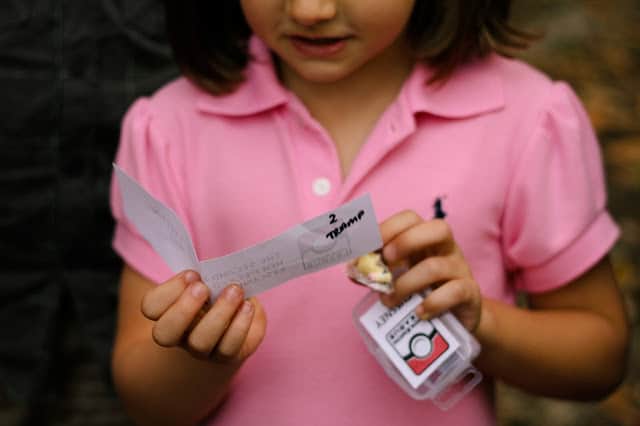 Counting the badges to find the winners

After the treasure hunt it was time to tally the badges. We made a big deal of this, writing down each person’s counted badges and ‘crunching the numbers’ to arrive at the ‘best trainers of the day’.
The person with the highest number of badges got to pick a soft Pokemon toy from the shelf, then the next highest and the next until all seven Pokemon had been given out. The boys thought these prizes were the highlight of the party (even the boys that didn’t get one, I was so proud to see – they are all really growing up).

Time for the Pokemon cake

Then we cut the gorgeous Pokemon cake (look at those figurines Lucia made out of fondant icing! And inside is checkerboard! OMG! Hello talented aunty!) and it was home time.

A big thank you to all for coming…

My kids love putting together a lolly bag. The girls get all the lollies lined up and around they go, putting one in every bag. This time we also had two Pokemon figures in each bag and Max carefully chose who got what. He then wanted a picture of the Pokemon that were in the bag on the outside of the bag, so here we go! 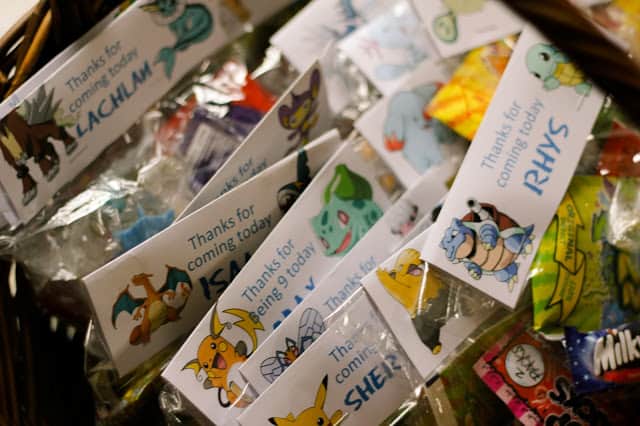 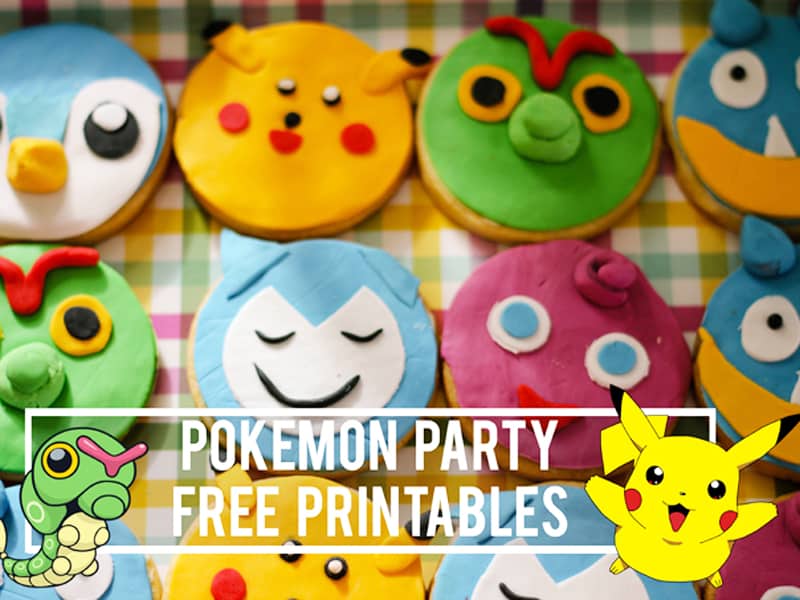 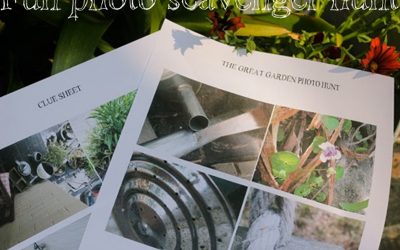 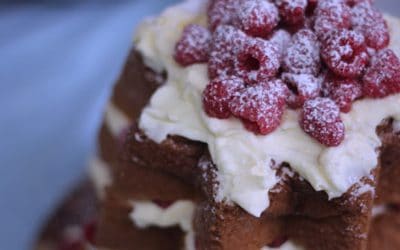 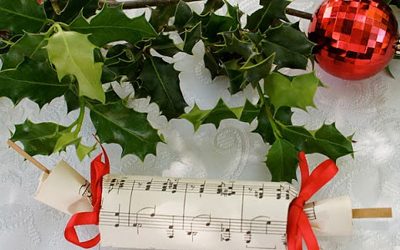